A downloadable game for Windows

*If you cannot open some maps or the whole game files, please try using AppLocale  (with Chinese)  to fix it.

"Dereism" is a game which is influenced by Yume Nikki.
You can go around and enjoy different view of every world.
"Dereism" does not totally complete yet. I will continue to develop it.

As a player, you control a girl called "Mayu" to explore different worlds.
You can enter "The World" by checking the huge plant's root in the first room.
There are 3 Flowers (same as effects in Yume Nikki) can be collected in "The World".

Please do not change the inside things in the game files, that may cause crashes!
It is still in making progress, so there would be bugs in the game.

ALL arts and audio ARE made by MYSELF, so do not use them as your own works OR use them without permission!!!

Thank you for playing! Hope you enjoy the travel with Mayu!

I played the game and… it was a bit of a mixed bag.

Some thoughts and feedback:

-The implied story is pretty interesting! I like that some of the dream worlds and imagery found in them build up a theme or story.

-Some of the surreal horror elements are kinda spooky. The way the main character wakes up is pretty brutal lol

-The background images: Some of them were fine, like the garden area (the pink world with the trees and that black hole) But most of them had too plain a background or they were very fast scrolling images that made me a bit dizzy and motion sick.

-The music, some of it was pretty nice ambience (that music world track was pretty poppin) but a lot of it was very quick looping sounds that kinda get a little repetitive too easily. I think this game would benefit from more softer, ambient sounds.

- The worlds themselves felt a bit empty and linear. I’d really like to see more branching paths and more interesting things going on in each world. (EX: The building with the numbered rooms was really interesting! It had branching paths that lead to different areas and had what seemed like a puzzle to solve there.)

-More animations and sound effects would be nice. It felt very empty without the ambient sound of footsteps or the jingles of the flower effects. All the beeps and boops that were in Yume Nikki are missing and kinda make for a more bland exploration experience.

-Personal preference, I'm not a huge fan of flashing lights in games, it'd be nice if there was a way to lower the intensity or turn it off completely.

I hope this feedback wasn’t too harsh. I think there’s some good ideas worth exploring. Keep it up! 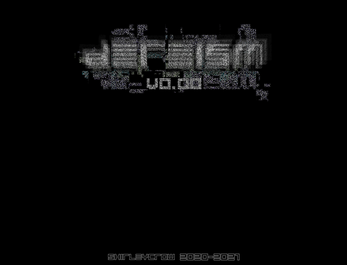 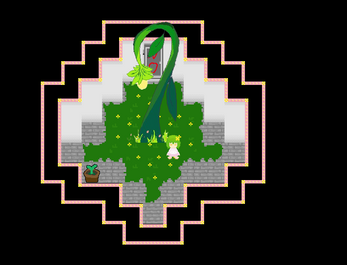 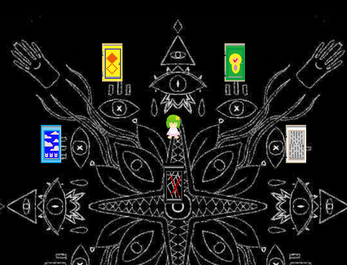 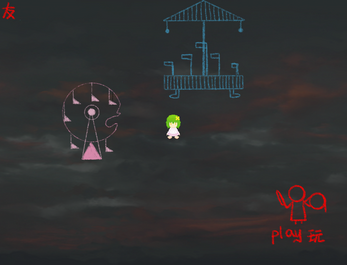